Vee Rethak - Deep Under The Mountain


IMPORTANT : The current level is generated every time you go down a level (including the first time you pass the outside door). This can take some time, depending on your CPU and RAM! So far the game never crashed for me at THAT particular point, so just wait a bit more, even if it looks like nothing is happening!

PLEASE READ THE SECTION ABOUT CALIBRATING THE MAGIC SYSTEM!


The demo (and soon the early access game) are now available on Steam.

an openVR supported VR Headset with tracked controllers. At the time, this means either an HTC Vive or (probably)
an Oculus Rift CV1 with Touch Controller setup for room scale, 360 degrees tracking. "Probably" as I have no CV1, let alone Touch Controllers.
The only environment I was able to test the demo on is : Windows10, i5-6600K, 16GB RAM, ZOTAC GTX1070 AMP!, HTC Vive.
I am *very* interested to know how it runs under any other constellation, so I would really appreciate any feedback!

Use the touch pad on either controller to dashforward.
Use the grip buttons to grip and release weapons.
Press the trigger on either side to make a fist with *empty* hands. When making a fist the hands act as weapons.
Release an item in one of the two spheres around your hips or behind your head to sheathe it. Shields can only be released behind your head!

Find the door on the other side of the bridge, touch the door handle to get into the dungeon, kill monsters and collect gold.
There is a sword on the first level and a shield on the second. You can randomly find new ones if you go deeper. Dual Wielding is supported!
The deeper you go the more monsters you will meet. Currently there are only two types.

The way casting works in this game is different from other games. In order to cast a spell you need to execute movements with your arms and hands while holding a magic staff (you will definitely have one by level 3).
In order for that to work you need to calibrate the underlying system at the start of your session. You will be asked to position your hands in a certain way and to press the trigger. When doing so, please do NOT overextend and look straight ahead! The two first positions are really the most important at the moment. The first position measures the nearest point your hands can be regarding your belly. make sure your hands are slightly further forward than your body. The second one measures how far you can reach, but also a couple of other things. Again *DO NOT Overextend*! Try to hold your arms straight forward, with your hands slightly below your shoulder.


The tutorial spell (fireball) is composed of two parts : first you need to create a firelight right in front of you. While pressing both triggers, move both hands calmly in a "roll over" motion, as if it was the late 70s and you were dancing to Staying Alive by the Bee Gees. There is a sweet spot, so you might need to move the hands a bit around until the firelight starts burning. the more you keep doing the motion the bigger the ball will get. To fire it move your hands backward near on both sides of your body and move them calmly in a straight line forward. You can use the firelight as reference point. Doing this too fast or starting halfway won't work. A calm motion work 99% of the time for me, whereas hectic thrashing around generally won't work at all. Note that the fireball is shot in the direction you are looking at, and not the direction of your arms.
On the plus side: the fireball is the most complex spell I thought of so far.

There is a folder called "music" in the game root directory. Just throw all the mp3 tracks you would want to hear while playing. They'll be used in a random order, intersped with pauses of variable length to give you the opportunity to listen to the sounds in the dungeon.

Planned for the next version are a new mob (at least!), corrections to the Wumpus as he is often a bit ... "disorientated", possibly trading with the adventurer outside, and at least one more spell. Future updates should include (wildly!) different environments, moar different enemies, weapons and spells, and finally a story line

If you get attacked by a spider and die right away, just reenter the dungeon, as the mob placement is random!

The sword is ALWAYS in a room and ALWAYS on the first level. If you can not find it but find the door to the second level, you can go down and get the shield first! But try to get a sword at some point in the not too distant future!


If you teleport too fast too far you will get exhausted and you won't be able to teleport far. Wait a couple of seconds to regain you stamina.

The layout of the levels is procedural and random. Every play-through will have different levels (although, for now, they all have the same texture)

The harder you hit, the more damage you do.

Mobs have "soft spots" where you can deal more damage.

They also hear quite well, especially stupid folks who run full speed along corridors and bump their heads on walls.


Note:
This game is still heavily in development. It is by far not feature complete nor is it expected to be bug-free at this point. People who played it seemed to enjoy it so far (except for the arachnophobe who just went full foetal), but keep in mind that the game will probably crash on you. 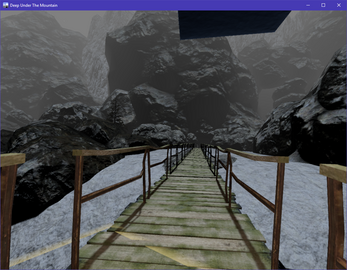 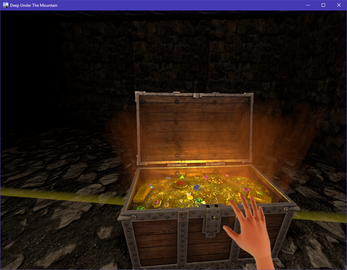 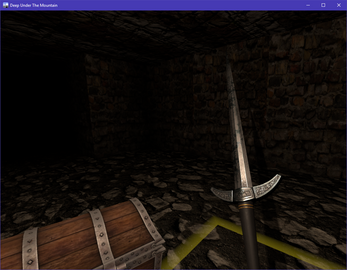 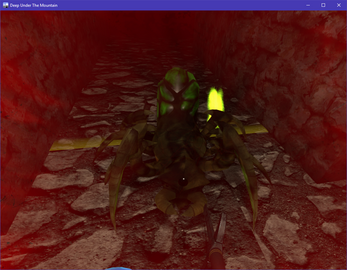 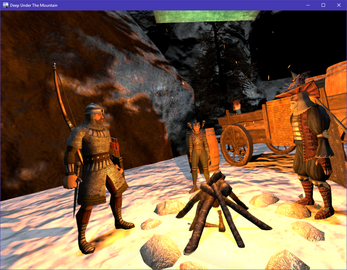 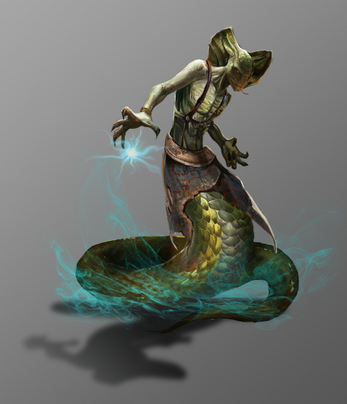